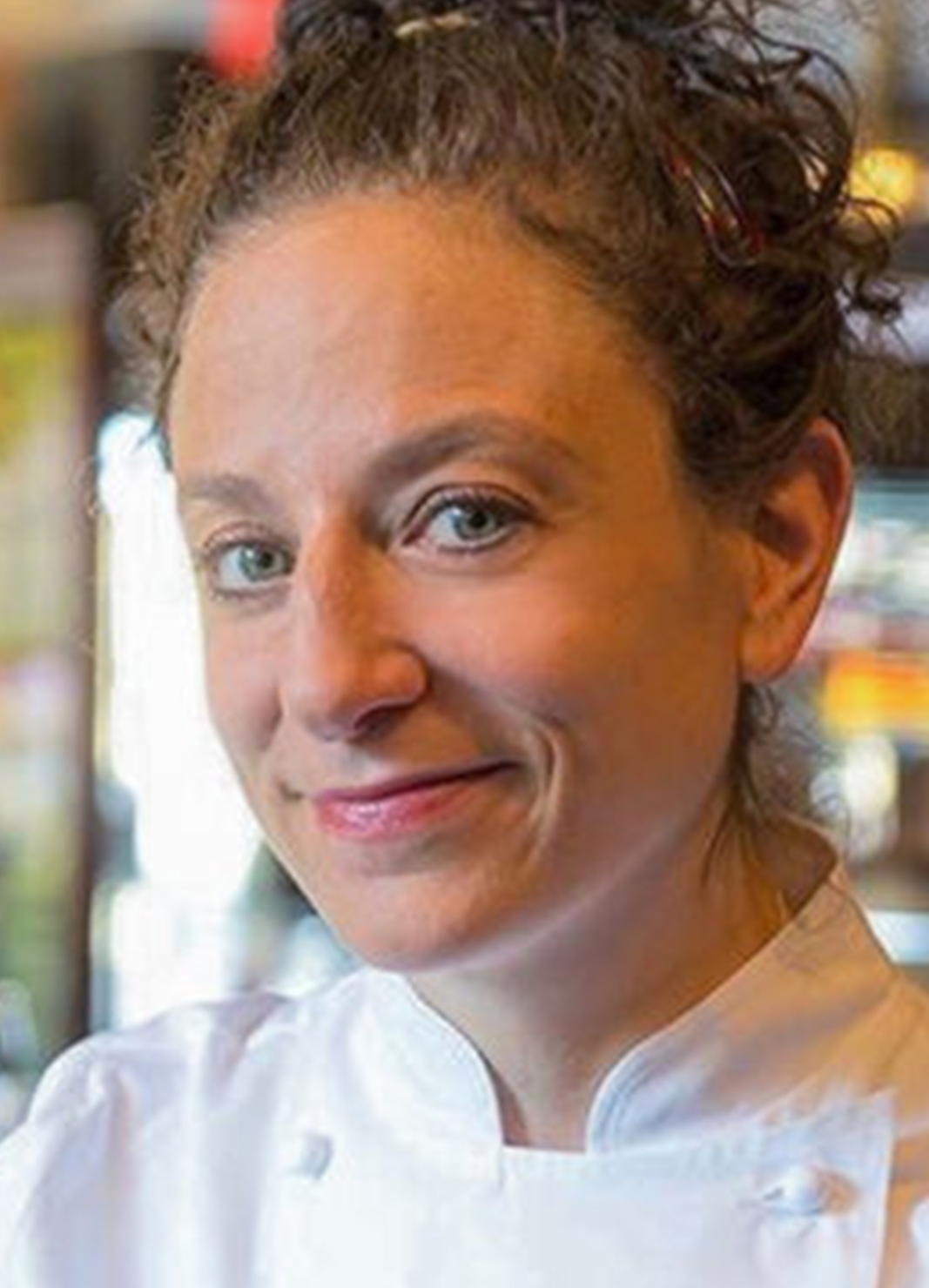 Rebecca, a graduate of The Culinary Institute of America in Hyde Park, began her career in 2001 after culinary school in Denver. Colorado. She worked for Frank Bonanno on his opening team for both Mizuna and Luca D'Italia and was voted best chef in Westword and a 5280 rising Chef for her role at Cafe Star on East Colfax. After leaving Denver, Rebecca lent her talents to conceiving, implementing, and overseeing successful menus at the New York kitchens of Chalk Point, Clarkson, Cafe Noir, La Gauloise, Indie Food & Wine, Thistle Hill Tavern and ‘inoteca. Before returning to Denver, she was the Executive Chef at Cedar Lakes Estate in Greenville, NY, where she ran high-end farm to table weddings and events on a 500 acre wooded setting. ‍ In addition to competing on Iron Chef America and winning on The Food Network’s Chopped, Chef Weitzman was a featured chef at both The James Beard House’s annual Brooklyn Cooks dinner, and the Valentine's Tea which features all women chefs. Committed to sustainable practices, Chef Weitzman takes great pride in her long-term relationships with local farms and was one of the featured chefs in “the New Greenmarket Cookbook” 2014. Her selective procurement from local farmers and vendors renders an undeniably local flourish to her cuisine. Rebecca returned to Denver in January of 2019 to join the Carboy Winery group as Executive Chef and partner in Ivy on 7th, Logan Street Restaurant and Bar, and Carboy Winery’s Denver tap house.

Subscribe to our emails to stay up to date on all things Carboy!
Thank you! Your submission has been received!
Oops! Please try again.

Visit our family of restaurants: